No team in Central Mass is as complete as No. 1 Shrewsbury. The Colonials can beat teams with an explosive offense and when that doesn’t click, they can win with defense and goaltending. Rarely have the Colonials played from behind.

But when Shrewsbury found itself on the short end of a 2-1 score against Westfield, it was time for its vaunted offense to step up. Which is what it did as Matt Ward scored his second goal of the game with 2:03 left to give Shrewsbury a 3-2 win over Westfield.  Liam Quinlivan scored during the second period for Shrewsbury.

But the game belonged to the Shrewsbury defense. The Colonials allowed only 13 shots on goal and Shane Gorrie was called upon to make 11 saves.

Shrewsbury’s previous game against Auburn couldn’t have been more different. The Colonials exploded in a 9-2 win over the Rockets. Shrewsbury (13-1-1) has not lost to a Division 3 team, its lone loss to D1 and crosstown rival St. John’s.

The Colonials seem to be at their best late in games when teams are desperately trying to mount a comeback. Not only does the defense frustrate the opposition, the offense usually puts games out of reach with late goals.

Goalie Patrick Shaughnessy made his first varsity start and had 10 saves for the Colonials against the Rockets. Ward has been on fire offensively. He has a knack for stepping up when his team needs him the most.

No. 2 Groton-Dunstable also showed it can win close games. In a tournament-type game, it edged reigning Division 3 champion North Middlesex, 2-1. 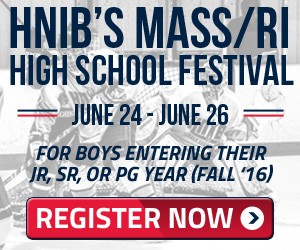 Chris Lattini and Ben Strauss stepped up and provided goals during the third period to seal the win. Matthew McCarthy scored No. 4 North Middlesex’s goal, a power-play effort during the first period.

Like Shrewsbury, Groton-Dunstable can also score goals in bunches, which it did in its 8-2 triumph over Leominster. Pat Keating and Ben Strauss each scored twice for the surging Crusaders.

North Middlesex showed it can be an explosive team as well after it beat Westborough, 9-1. Matthew McCarthy scored three goals and Tyler Riel added a pair.

No. 3 Algonquin is playing its best hockey as the Tomahawks are closing in on clinching a tournament berth. They beat Westborough, 4-1 on goals by Sean Prendergast, Alex DiPadua, John Paterson and Dennis Achkinazi.

No. 5 Nashoba has slipped a bit in the polls, but it’s no fault of the Chieftains. Division 3 teams continue to rise with strong play and Nashoba remains a top contender for the Division 3A sectional title. Dean Anastas and Bryce Chaput both scored two goals and Brad Colvin had a goal and an assist in a 5-2 win over No. 8 Grafton. Tyler Hart is playing we’ll for Grafton. He scored two power-play goals against Nashoba.

In a battle of evenly matched teams, No. 6 Hudson edged No. 7 Wachusett, 3-2. Adam Cariveau scored a goal and set up two others. Drew Jackson scored a pair of goals and Rocco Malloy had two assists. Shane Sullivan and Aidan Rolli scored for Wachusett.

No. 9 Fitchburg hit a bump in the road following a 3-2 setback to Oakmont.