After a busy weekend that featured dozens of holiday tournament games throughout New England, things are starting to take shape now that the first few weeks of the boys prep hockey season are in the books.

From the looks of things, the rest of the regular season should be a fun ride.

There is a new #1 in this the first in-season HNIB News Boys Prep Top 15. That distinction goes to Dexter Southfield, which stands a perfect 8-0-0 after winning the title at the Lawrence/Groton Tournament. Coach Dan Donato’s club has outscored its opponents by a 45-14 margin. They are off until taking part in the Watkins Tournament at Cushing January 3-5.

The team Dexter Southfield beat in the Lawrence/Groton Tournament final – Lawrence Academy (5-1-0) – checks in at #2 after falling in that battle of the unbeatens. Could the Spartans face Dexter again at the Watkins Tournament? We will see. 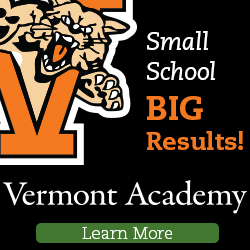 #3 Salisbury (8-1-1) has not lost since a season-opening 3-2 setback to Taft. The Crimson Knights just took home the Flood Marr Tournament championship, downing Hotchkiss 4-1 in the title game Sunday. Salisbury also knocked off Kimball Union at the Flood Marr. The Knights don’t hit the ice again until a January 10 date with Brunswick.

The biggest mover of the young season? How about #4 Kent (8-2-0). The Lions had some big shoes to fill after last winter’s Large School championship and it appears they have done that successfully. In addition to key early-season wins over Kimball Union and Gunnery, Kent also pocketed the Avon Old Farms Christmas Classic, edging Gunnery again, 5-4, in the final. Next on the docket? A January 11 encounter with Loomis Chaffee.

#5 Avon Old Farms (7-1-0) went 3-1 during its Christmas Classic, losing only to Kent. The Winged Beavers will take on Taft on January 11.

Pre-season #1 Kimball Union (8-3-1) checks in at #6. The Wildcats also had a tie with Nobles at the Flood Marr Tournament. The Wildcats will take place in the True Prep Cup at Merrimack College the January 3-5 weekend. Seniors Sullivan Mack and Tomas Mazura and sophomore Adam Fantilli are off to big offensive starts.