#1 Salisbury (18-4-1) spent this past weekend at the prestigious MacPherson Tournament in Ontario, going 2-2-1 overall against some top-flight competition. The Knights, winners of 14 straight in the prep ranks, look ahead to Trinity Pawling on Wednesday. 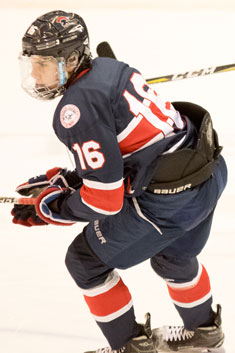 Lawrence Academy (10-0-6) stayed firm at #2, coming off a 1-1 standoff with Dexter Southfield that followed wins over Governors (6-1) and Tabor (5-1). Juniors Sam Colangelo and Tyler Young have led the attack for coach Robbie Barker. The Spartans get Belmont Hill Wednesday.

Two-time defending Elite champ Kimball Union (18-5-0) continues on its roll, defeating ranked teams Exeter (2-0) and Tilton (5-3). The #3 Wildcats have yet another battle on Wednesday with #9 Northfield, then will take on Holderness Friday and New Hampton Saturday.

Another team on a roll is #4 Dexter Southfield (12-3-4), continuing its move up the rankings.  A solid 7-0 win over St. George’s preceeded the tie with Lawrence. Pomfret is up on Wednesday before a tough weekend battling Exeter (Friday) and Andover (Saturday).

#5 St. Sebastian’s (14-4-0) quietly goes about its business, with a pair of 4-3 wins over Nobles and Thayer this week. The Arrows look ahead to Milton Academy (Wednesday), St. Paul’s (Friday) and Proctor (Saturday) in a tough week. Defenseman Jayden Struble is having a big year.

After losing big to Salisbury, #6 Gunnery rebounded with a 5-1 verdict over Hill School. The Highlanders play once this week, Wednesday against Millbrook.

#7 Tilton (15-4-0) downed New Hampton (5-2) but then suffered a couple of losses to KUA and Northfield. The Rams are ready to rebound Wednesday against Berwick, then have Exeter on Saturday in another big game.

#9 Northfield (14-4-1) cracks the top ten, after a week that saw a tie with Cushing (2-2) and wins over Worcester Academy and Tilton.  The Hoggers are ready for Wednesday’s test with KUA, and get Vermont Academy on Saturay.