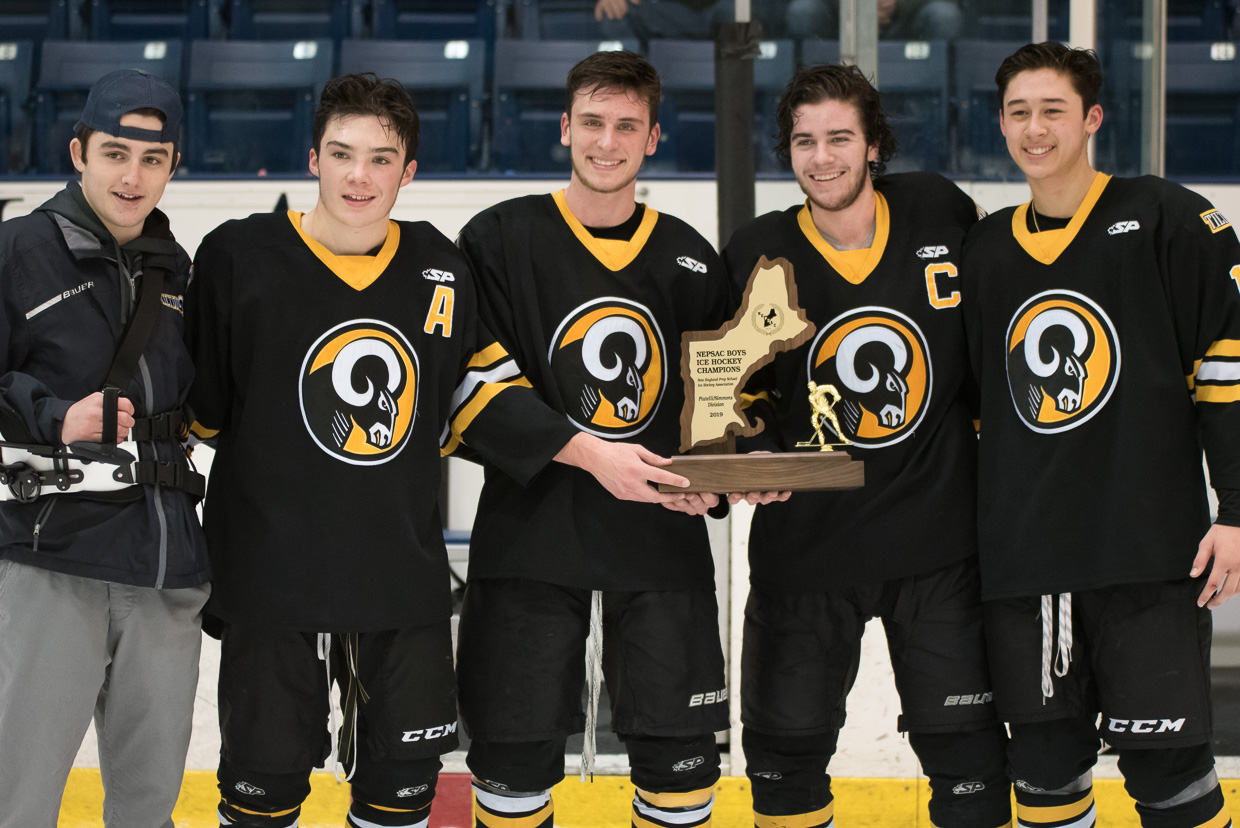 Heading into the final period of the Piatelli/Simmons Small School championship game, top-seeded Tilton and seventh-seeded Holderness were deadlocked in a 1-1 standoff. Who would take control in the third period and come out on top?

Things ended up going Tilton’s way. The Rams won the school’s first NEPSAC title since 2002, pulling away in the third period for a 5-2 win and the Small School title at St. Anselm College’s Sullivan Arena.

Defenseman Jagger Benson’s goal with 6:45 left to play snapped the tie sent Tilton on its way. A few minutes later, the Rams scored two power play goals in the span of 32 seconds to take a commanding 4-1 lead. 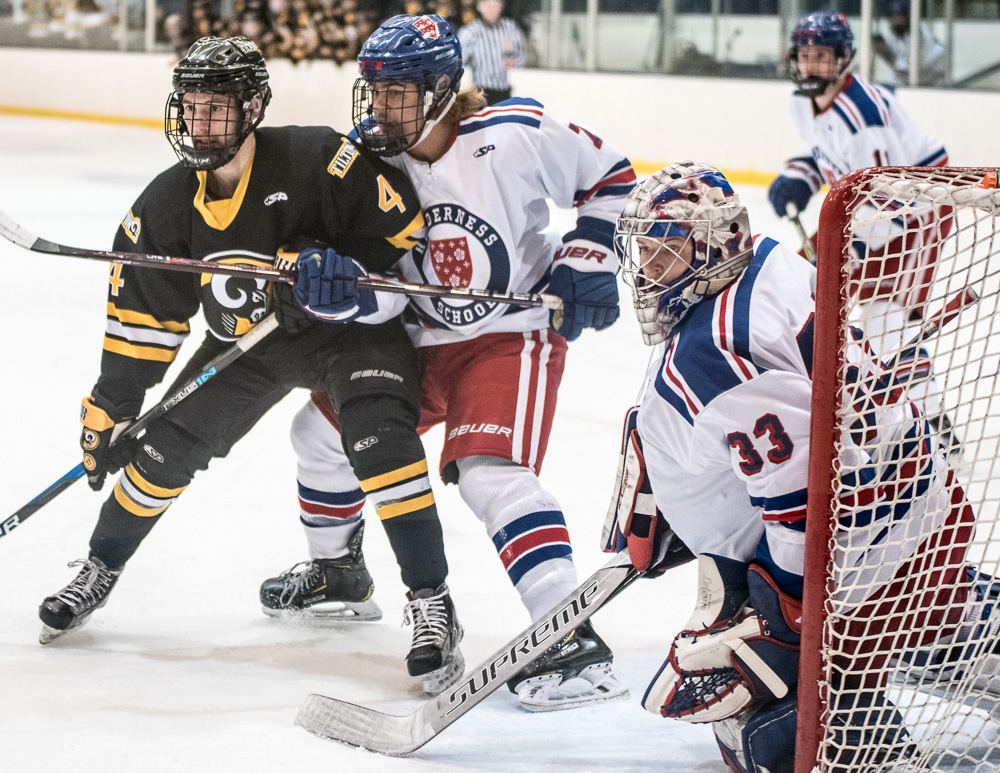 “It has been 17 years since we’ve been back in the big dance,” said Tilton coach Brooks McQuade.  “The kids believed in themselves. Holderness is an unbelievable team and Andro (Bulls goalie Connor Androlewicz) is an unbelievable goalie.  I think our play on the power play and penalty kill is what broke it open. We told the kids to stick with it.”

The teams traded first period goals, with Shawn Leslie putting the Rams on top 1-0 just 2:57 in and Carter Rose tying it for Holderness at 11:11 with a nice low blast from the right point. A relatively even and scoreless second period set the stage for the final 18 minutes of regulation.

“We told the kids to ‘take it now’,” McQuade said. “It was a back-and-forth game and we said it was time to take it. We shut down their best players, and they are very good.”

Like the second period, the third period was essentially even, with both teams having some chances. Up until Benson had Leslie’s initial shot from the slot carom off a Holderness defender right on his stick. Benson blasted home a wrist shot to break the tie. It was the junior blue liner’s 14th goal of the season.

Bulls forward Isaiah Fox was whistled for high sticking a short time later, and the Rams capitalized, as senior Brendan Sjostedt slammed a home a puck just off the right post at 13:13, assisted by James Cates and Jack Seymour.

Holderness was called for another penalty seconds after the goal, and the Rams would make the Bulls pay. This time, it was Seymour, netting his fifth goal of the post-season, with assists from Sjostedt and Ryan Harrigan. 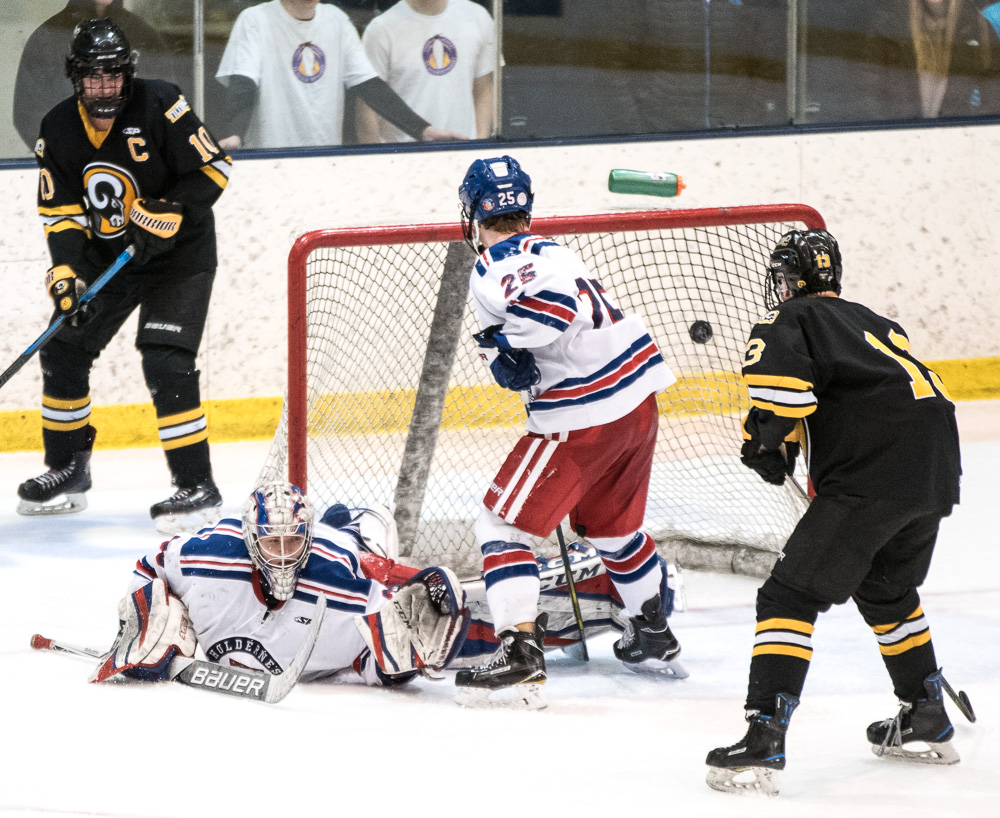 Holderness goalie Connor Androlewicz made a handful of great saves during a Tilton power play but couldn’t get this one off the stick of Brendan Sjostedt. Linemates Jay Cates (10) and Jack Seymour (13) drew assists on the goal.

With 2:35 left and on a power play of their own, the Bulls cut the gap to 4-2 as Tanner Ensign tapped home a rebound in front of Tilton goaltender Owen Cuddyer (23 saves). Rose and Tim Manning had assists.

Tilton took a penalty with 1:16 to play and the Bulls pulled Androlewicz for a 6-on-4 advantage, but couldn’t close to within one. Sjostedt buried an unassisted empty-netter with 36 seconds left to seal the deal for the Rams.

“That goal by Jagger kind of broke it open,” McQuade said. “It was a little bit of ‘hey, let’s keep moving. There’s light at the end of the tunnel.’ Then, they score 6-on-5. This game was not over until she sung, until that empty-netter went in.”

McQuade, who played at Tilton as well, was happy with the team’s New England Small School title.

“It was about recruiting the right kids who did what we asked them to do,” he said. “Kids that believed what we told them to do was right. Things turned in our favor.”

The Division 2 title that Tilton won back in 2002 was actually the school’s third consecutive title, having also won D2 crowns in 2000 and 2001. 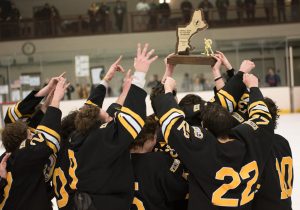 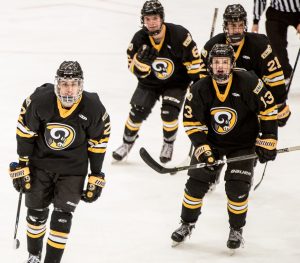 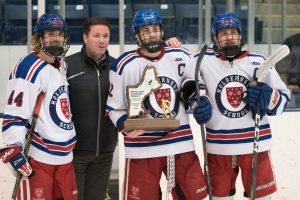 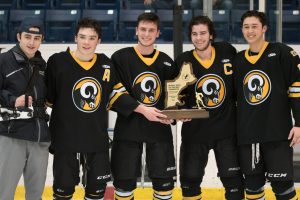 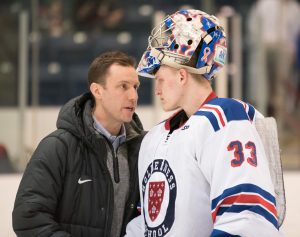 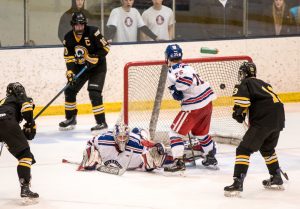 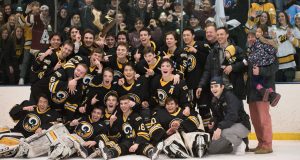