Another year of prep school hockey is set to get underway and the action is certain to be fast and furious, with several teams holding post-season aspirations, including many who have legitimate focus on one of the eight Elite Tournament playoff berths.

There are plenty of talented players returning to prep school hockey this winter, as well as plenty of new incoming talent.

Makes things tough to come up with a preseason Boys Prep top 15. 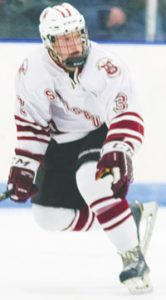 When asked about who they thought had the potential to be a top team in prep school hockey this season, many coaches named Salisbury (20-8-2) in their list of teams to beat.

The Crimson Knights return their top four scorers from a team that made the Elite 8 last winter, falling in a quarterfinal matchup to Dexter Southfield. Salisbury also returns three top blueliners from that same club. If the Knights can replace Jonah Capriotti between the pipes, they will be tough to beat. They also welcomed in some talented newcomers.

Defending Elite Tournament champions Kimball Union (32-5-2) won an amazing 32 games last winter, including a 6-2 title game win over Rivers. The Wildcats return starting goalie Sean Dynan, and two top blue liners in Jordan Harris and Bryce Dolan. If KUA can replace the scoring lost to graduation, they will be a force. 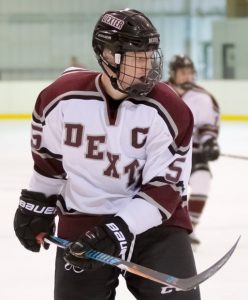 #3 Dexter Southfield (22-4-3) has established itself as one of prep school’s top programs and this year should not be an exception, with the return of the team’s top four scorers, and blue-chip defenseman Jake Rathbone, a Vancouver Canucks draft pick. Some top flight newcomers will make this team even stronger.

With three of its top four scorers back, and what by all accounts is an impressive group of newcomers, #4 Gunnery (21-11-0) is primed to return to the Elite Tournament, a title in won in 2016.

Another team with a strong returning cast is #5 Thayer (20-10-0). The Tigers return the majority of their defense, eight of their top nine scorers, including NHL draft prospect Jay O’Brien, and a starting goaltender. 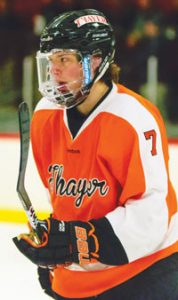 #6 Avon Old Farms (17-6-5) suffered some major losses, from both graduation and players moving on to the USHL and National programs, but the Winged Beavers have filled in nicely and will be a force, coming off the New England Large School title last winter.

Still young, #7 St. Sebastian’s (14-12-2) will boast a lineup that has six Division 1 commits, and the experience gleaned from last winter will be huge.

#8 Phllips Exeter (24-7-1) will need for a young, inexperienced blue line group to get quickly. If they do, the Big Red will be a formidable foe.

Defending Keller Division champion #9 Lawrence Academy (22-5-1) is strong defensively, but will have to find a way to replace three of their top four scorers. The Spartans will be bolstered by the recent return from the USHL of star forward Neil Shea.

Rounding out the HNIB News preseason Boys Prep Top 10 will be Elite Tournament runnerup Rivers (24-5-2). The Red Wings lost last season’s top eight scorers, so rebuilding the offensive attack will be a key to the season.