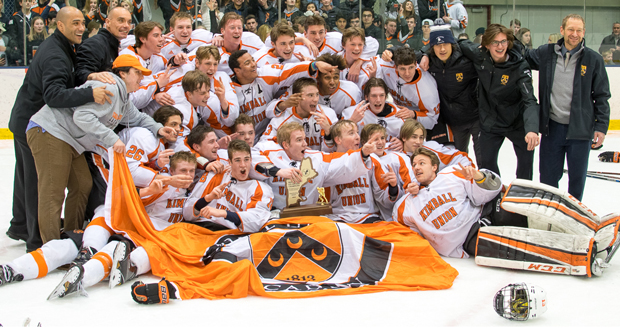 The 2018-19 Boys Prep hockey season promises to be an exciting and competitive one. Most teams have reloaded with lots of talent, making the race to the coveted post-season berths one to watch over the next three months.

Here is the HNIB News Preseason Top 15, which this year includes input and expertise from many prep school coaches. 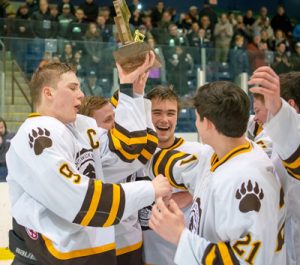 Boasting 11 Division I commits on its roster, Salisbury (25-2-1), last year’s Elite Tournament finalist, gets the nod at #1.  The Crimson Knights will have as much depth as anyone.

Two-time Elite Tournament champion Kimball Union (30-5-2) lost a host of blue-chip players that helped fuel the last two title runs. Still, there is plenty to talent returning, and you know coach Tim Whitehead has brought in impressive newcomers. Don’t sleep on this team.

New England Small School defending champion Lawrence Academy (21-10-1) got a lot of love from fellow coaches and rightfully so. The Spartans return the majority of their key players and have bolstered their attack with additional talent. They definitely will be in the mix for a Keller Division crown and potential Elite 8 berth.

The Gunnery (20-11-2) rounds out our preseason Top 5. The Highlanders will boast a lot of depth.