The league will feature two new head coaches with Connor Gorman taking over at New Hampton, and Dan Allen at Vermont Academy. 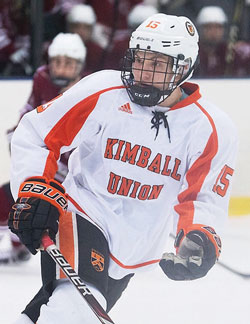 Winners of three straight New England Elite championships, the Wildcats have high standards to live up to. Be sure that KUA will be in the hunt again, even after graduating 10 seniors from last winter’s title team. 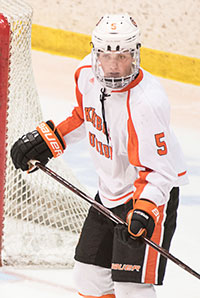 A potent quartet of returning seniors will lead the offensive attack for coach Tim Whitehead. Tomas Mazura, already committed to Providence, will be one of the prep’s premier forwards. Sullivan Mack and Zac Whitehead are primed for big years, as is Paul Dore, the hero of last year’s Elite Tournament championship game. New sophomore Adam Fantilli comes highly-regarded out of Ontario. New sophomore Jaiden Moriello should contribute right away.

The Rams established themselves as a prep school power last winter, winning the New England Small School title. They will be an interesting team to watch in 2019-2020, with an impressive group of newcomers joining the ranks. 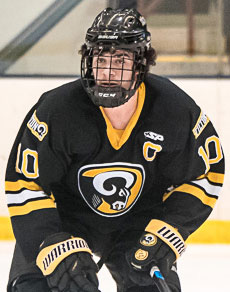 Senior and Vermont commit Jagger Benson (32 pts) is a blue-chip two-way rearguard. Seniors Brett Lockhart, Mark Blaney and Justin Greenberg are back as well to give the Rams an experienced blue line corps. Conor Lally and Andrew Woloszyn are ready to contribute.

Senior Justin Lee is a returning goaltender. Sophomore Gavin Kiley will be in the mix as well.

It could be an interesting season for the Hornets, who boast a bunch of returning scoring up front, some good depth on the blue line and what should be solid goaltending.

Senior Cole Chingris saw the majority of action in the Proctor cage last winter. Junior Michael Gilerman returns as well, giving the Hornets a solid 1-2 punch in the cage.

As always, good, sound team defense will be instrumental in any success the Big Red has this season. Hope is to also generate some more explosiveness on offense.

The Big Red needs to replace the graduated Andy Beran in goal. Returning senior Charlie Murphy is a solid candidate.

With four of their top six blueliners returning, it is safe to say that defense will be a strength this season for the Bulls.

Coach Alan Thompson needs to replace a pair of 50-pt scorers up front. Two key returners will be senior Tim Manning (51 pts) and junior Jake Waterman (18 pts). One of many new faces expected up front will be junior Matteo Turrin. Post-grad Andrew Gotts will be a contributor.

Holderness will have three goaltenders new to the program, one being junior Aiden Belt, a native of Colorado.

The Huskies will be under new management this winter, with Connor Gorman taking over the head coaching reins. He says his team needs to play fast, relentless and unselfish hockey and be physical all over the ice.

Four veteran defensemen to build around include Steven Ardagna (12 pts), Adam Shuchart (20 pts), Quinn McClelland and Will Hilfiker, all seniors. Looking for key roles will be junior Zack Goode and freshmen Nathan Novitsky and Jackson Weglarz.

In goal, junior Lucas Brine saw some varsity action a year ago. He will be joined by post-grad Robbie Farrell.

New head coach Dan Allen takes over a squad that struggled a bit last winter. The team will feature a lot of new faces, while relying on returners to be leaders on and off the ice.

Senior Charles-Olivier Gagnon will be a defensive anchor for the Wildcats. New senior Chen Zadik and junior Benjamin Potvin will log some minutes.

New junior Mason Kucenski and returning junior Michael Libutti are expected to handle the goaltending chores for the Wildcats.

A strong core of returning forwards and sound defensive play should be hallmarks of the Bobcats this winter.

In goal, new junior Sam Livecchi, who coach Mike Doyle feels is a D1 prospect, will be relied on in a big way.