This 10-team loop should again provide some of the top action in the Western New England region. Defending champion and NEPSIHA Elite 8 Tournamaent finalist Salisbury heads into the campaign as the favorite, but there is plenty of talent in the league capable of challenging for the top spot. 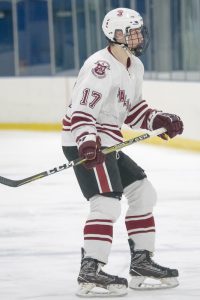 The Crimson Knights lost 17 players from last year’s club that lost just two games all season, one being in the Elite Tournament championship game to Kimball Union. But, don’t expect a downslide at all, as a host of newcomers have arrived. This club will feature no less than 11 Division 1 commits as the season unfolds. 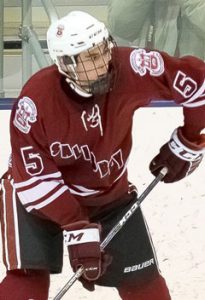 “We are very excited about our leadership corps, and the motivation, drive and focus of the group,” Will said. “Our goal is to play a fast, aggressive and up-tempo style, and we feel our forward group has the skill and ability that will allow us to do that effectively.”

An impressive group of young newcomers will mesh with a solid returning nucleus to give the Winged Beavers a solid outfit. How the youngsters adapt to prep hockey could hold the key to success.

The Pride have plenty to be excited about, coming off the school’s first Founders League championship (the league includes all Housatonic teams with the exception of Deerfield and Salisbury) and first NE Large School playoff appearance. Coach Robert Ferraris expects to be good in the defensive zone and on special teams play, with five returning defensemen and starting goaltender.

Williams commit Evan Ruschil, another senior, will give the Pride a solid presence between the pipes.

The Martlets earned an Elite Tournament bid last winter, grabbing the eighth and final seed. To fight for a return trip, Westy will need its returning players to answer the bell and to play better on special teams.

Defense should be a strongpoint with the return of Ryan Pineault (7 pts), Will Gilson (9 pts), Ned Blanchard (8 pts) and UConn commit Malik Alishalov, coming off a 12-point sophomore season. New junior Ben Huisman should make a solid group even better.

Junior Ian Shane, who saw the majority of time last season in the nets, is back for another campaign for Westminster.

Keep an eye on the Lions this winter, as they figure to be strong up front and in goal.

The Lions return a pair of veteran goalies in senior Alex Contey and junior Blaine Moore.

The Rhinos are looking to build off of last season, the first for head coach Ryan Shannon. He is excited about the program’s personnel additions and feels they will bolster the strength of the core leadership returning.

Harvard commit Christian Jimenez, a junior, will be a backbone on defense for the Rhinos, as will senior Billy Dobensky, a Middlebury commit. Senior Peter Kenerson and sophomore Max Willard are back as well. Post-grad Andrew Ebersol will have a role.

In goal, Post-grad Thomas McAleer and freshman Mikey Roberts are new to the program and will look for time.

The Pelicans have the capability of making some noise this winter, with a nice core of leaders ready to make a statement.

On the blue line, junior standout Kennedy O’Connor recently committed to UMass Amherst and will be an anchor, along with senior Thomas Martin. In goal, new sophomore Kyle Chauvette is already committed to Holy Cross.

If Deerfield is to show some marked improvement this season, it will be led by a deep senior class.

The Big Green do return four of their top five scorers which will be a plus for head coach Tim McVaugh. Senior Sean McAvoy (17 pts), a Best Pro Prospect award winner at HNIB’s 2018 Major Showcase, has committed to Hamilton. Fellow seniors Sasha Shogren (18 pts) and Mikey Holland (16 pts), and junior Tomas Zourikian (16 pts) all look to have big years.

The Big Green will have one of the prep’s top goalies with the return of senior Thomas Gale, a Dartmouth recruit.

After struggling to score goals the past few years, a priority will be on offense. The Wild Boars always work hard in the defensive zone and that will continue to be an important part of their game.

New junior Tyler McDermott hopes to get the bulk of the time in goal.

Things appear to be on the upswing at Hotchkiss, where coach Mike Traggio expects to have a club solid in the defensive zone. The hope is to see some more offensive production from this group.

Senior Jordan Ehrensperger (13 pts) and junior Gavin Puskar (14 pts) were the top two scorers last season for the Bearcats and look to continue their success. Post-grad Alex Mozian hopes to be a shot in the arm offensively, coming off an All-State season at Greenwich (CT) High School.

Juniors Nick Traggio (9 pts) and Jack Ferguson are anchors on defense for Hotchkiss, while junior Henry Wilder, who played every minute last winter, is back in goal.