* Michael Posma scored in overtime to give Kent a 4-3 win over Hotchkiss.  Alex Laferriere scored two goals and Aidan Cobb had one for the Lions.

* Trinity Pawling nudged Berkshire, 2-1, with goals from Joey Musa and Taylor Ewing. Jack Marottolo had the lone goal for the Bears. 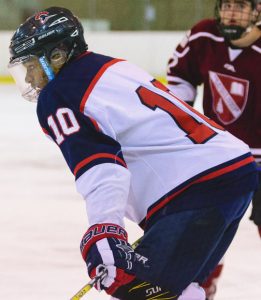 * Two goals each from David Sacco and Ethan Bastien were crucial in Lawrence Academy’s 8-4 win over Governors Academy. The Spartans were able to pull away with four third period goals.

* Sasha Teleguine‘s hat trick powered Thayer to a 7-1 win over St. Paul’s in a game played at BU’s Agganis Arena.

* Mike Bencivengo scored in overtime to lift Brooks to a 2-1 win over Groton, snapping the Zebras win streak at 14 games. Parker Sondag also had a goal for the Bishops. 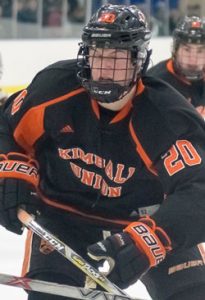 * Northfield picked up a huge 3-2 win over Phillips Exeter. Goals by Jack Quinn, Grady Friedman and Theo Hembre led the way for the Hoggers.

* In a key Lakes Division battle, #3 Kimball Union turned back Proctor, 5-2,  to secure the top seed in the upcoming Lakes Division playoffs. Arlo Merritt scored two goals for the Wildcats. Drew Bennett, Seth Stadheim and Carson Moe chipped in with a goal each.

* Milton Academy took a 5-2 decision from Belmont Hill behind the two-goal performances of Tyler Crist and Max Andrade.