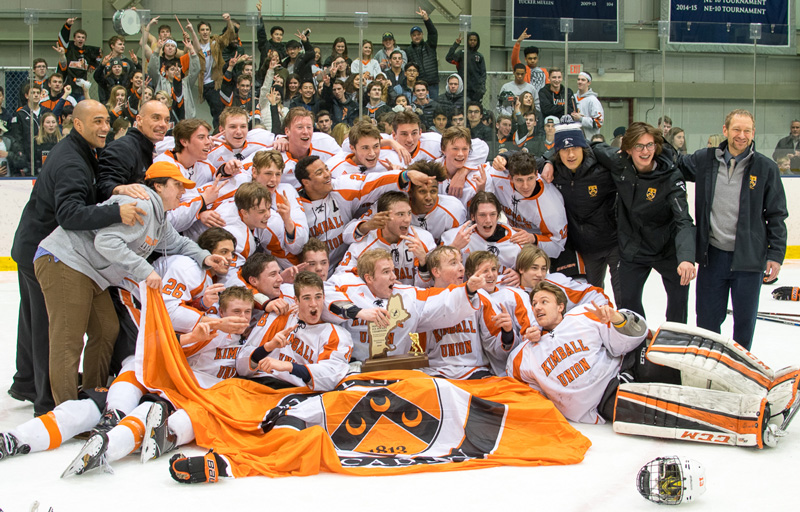 Heading into Sunday’s Boys Prep Elite Tournament championship game between defending champ Kimball Union and Salisbury, most expected it would be a heavyweight match that would go down to the wire.

And it didn’t disappoint.

When the final buzzer sounded, it would be the Wildcats repeating as champions, holding on for a 3-2 win over the Crimson Knights at Sullivan Arena on the campus of St. Anselm College. It certainly wasn’t easy. Down 3-1, Salisbury went on the offensive in a 15-shot third period, but could only get one back. The win was Kimball Union’s 30th of the season.

“I’ve been around long enough to know that we got the last bounce,” said KUA head coach Tim Whitehead. “That’s how it is in these type of games. Both teams played hard until the end. You just have to hope you earned that last bounce.” 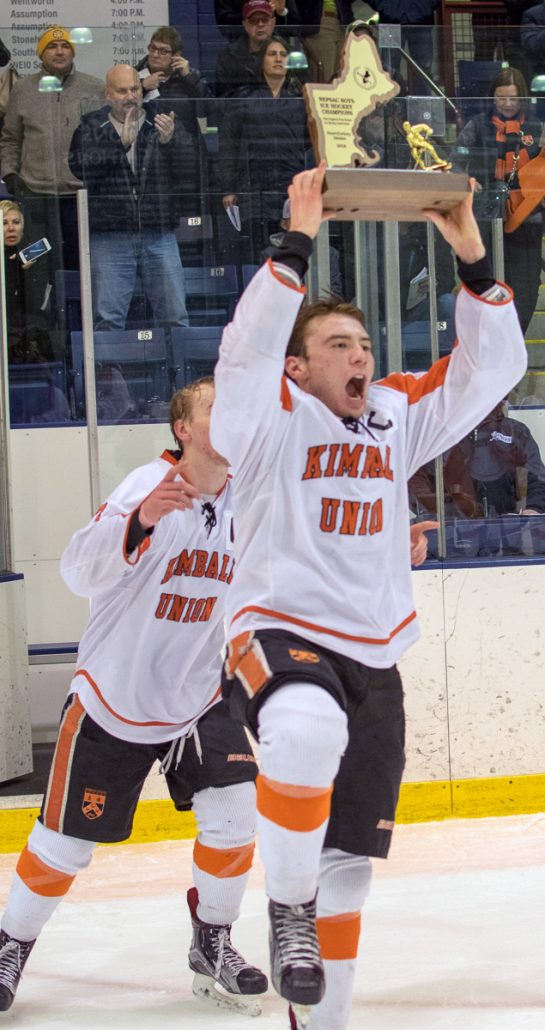 It was a 2-1 game entering the third period. Early in the frame, the Wildcats grabbed a two-goal lead when senior Adranik Armstrong, who was all over the ice the whole game, buried a second chance bid from the top of the crease for his second goal of the day.

Instead of being deflated, Salisbury turned up the pressure, getting some good zone time and some quality shots on KUA senior netminder Sean Dynan (28 saves). He kept it a two-goal game with a pair of glittering saves just north of the three-minute mark.

With an offensive zone faceoff and 3:05 to go, Salisbury coach Andrew Will pulled goalie Bryan McGrath for a sixth attacker. Right off the draw, in a span of five seconds, the Crimson Knights made their coach a genius, when Alex DiPaolo went to the net and banged home the rebound of a shot from Kevin Wall.

McGrath returned the net before Will pulled him again with 2:07 left, hoping for a similar result. But the Crimson Knights couldn’t get the equalizer, although they came close on several occasions, only to be denied by Dynan.

“His best quality is his calmness,” Whitehead said. “He has that intangible, calmness under pressure. He picks it up when we need him the most. Coach Underhill, who works with our goalies, told me that Sean is 9-1, now 10-1 in elimination games for us. He’s a big-time goalie.”

Salisbury, which finished the season at 25-2-1, actually grabbed a 1-0 lead in the first period, DiPaolo got that one as well for the Crimson Knights, firing home a wrist shot far side after receiving a nifty pass from linemate Arsenii Smekhov.

The Wildcats drew even just 24 seconds later on a goal by Drew Bennett, assisted by Bryce Dolan and Arlo Merritt.

Armstrong’s first goal of the day pushed Kimball Union in front 2-1 at 12:10 of the second period. The senior was able to re-direct a Dolan blue line wrister past McGrath. 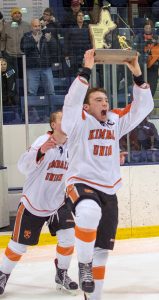 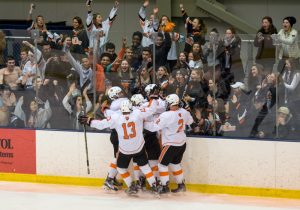 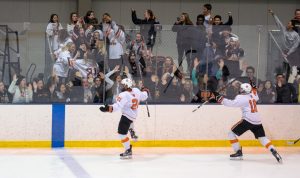 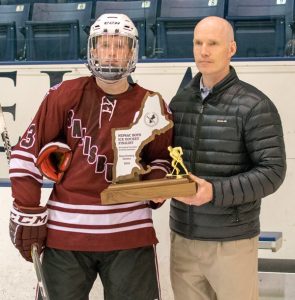 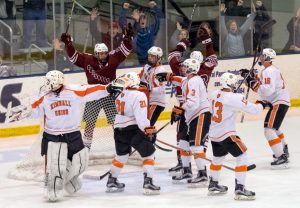 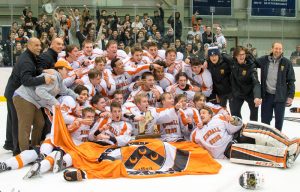