Berwick Academy (13-17-1) joins the Independent ranks this winter, and thus will have a more challenging schedule to face. But with the majority of the team returning, the Bruins are in good position. 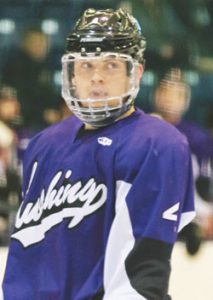 It will be a blast from the past at Small School Tournament finalist Cushing (13-14-2) where longtime head coach Steve Jacobs returns to the bench for the Penguins. A key will be how the team comes together with a new coaching staff. 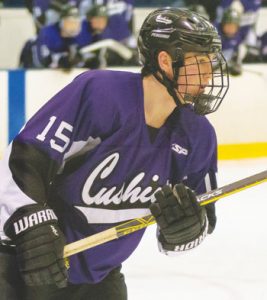 In goal, returning sophomore Joe Sharib has the inside track on the starting job. New sophomore Max Caouette will be in the fight. 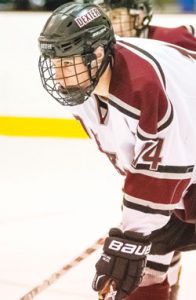 There is plenty of optimism at Dexter Southfield (22-4-3), where coach Dan Donato’s club returns some talented players, and brought in some impressive newcomers.

A pretty imposing forward group will be led by seniors Jack Nisbet (33 pts), Ian Murphy (31 pts) and Nolan Donato (16 pts), along with sophomores Chase McInnis (24 pts) and Johnny McElaney (20 pts), who both had solid freshman campaigns. Keep an eye on a trio of newcomers in John Farinacci (a Harvard commit). Aidan Connolly and Ben Raymond. 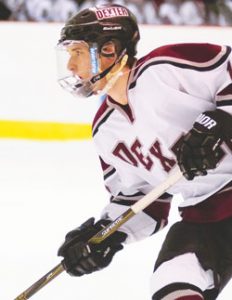 Newcomer Derek Mullaly, also a Harvard commit, should give Dexter-Southfield a solid presence in goal.

A quick transition to prep school hockey from the incoming players, along with improved depth on defense and strong leadership from the senior class will go a long way for Hebron Academy (12-17-0).

On defense, the Lumberjacks have returning senior Sean Kimura to be a key presence. New juniors Nick Bisson and Anthony Toto hope to have key roles.

Kents Hill (15-19-1) will have an older team this winter and will look to get off to a good start to the season.

There will be lots of experience on the back line, buoyed by the return of seniors Olivier Lemire (18pts), Etienne Crousie (18 pts) and Jared Valade (17 pts). Post-grad Matt Ricci should pay immediate dividends.

In goal, returning senior Jaxon Friedman will be joined by post-grad Danny Santiano.

At Phillips Andover (15-9-2), coach Paul Tortorella is looking to continue the improvement the program made last winter. An impressive group of newcomers will be a help with that.

Senior Bryce Murphy and junior Carter Giampietro form a reliable returning tandem on the blue line., which will be bolstered with the arrival of post-grad Christian Kukas, junior Mark Meinecke and sophomore Mike Gallagher.

In the nets, senior veteran Alex Daccord and new sophomore Chris Archer will battle for the starting job.

The play of a young and rather inexperienced defense crew could well dictate the fortunes of Phillips Exeter (24-7-1) this season, according to longtime head coach Dana Barbin.

The Big Red will have three returners on the blue line in senior Andrew McGurrin and juniors Gray Betts and Reese Popkin. Post-grad Max Alsarraf will be counted on heavily in the rotation.

Sophomore goalie Ryan Welch, who amassed over 1300 minutes between the pipes last winter as a ninth grader, is back, along with senior Will Douthit.

It will be a new era for St. Paul’s (7-16-3), which goes independent this winter and does so with a new head coach in former Taft School mentor Danny Murphy.

New junior Andy Beran will look to gain some key minutes between the pipes.

Four returning forwards will be instrumental in any success the Wapiti have this winter. They are seniors Cam Gendron (31 pts), Justin Alves (25 pts) and Danny Allen (11 pts) and junior Devin Moran (16 pts). New sophomore Danny Cavanagh will look to have a role.

Looking for key minutes on the blue line is post-grad rearguard Matt Rickard.

Post-grad James Corcoran projects to be a key presence in goal for coach Jarrett Sampson.